Introduction: What are Dance Games?

Dance games are a category of video games that require the player to move their body rhythmically to music. Dance games are a subset of the larger genre of the Rhythm Game, which also includes popular music games such as Guitar Hero. Dance games can also be considered a part of the exergaming genre. The player is required to hit the correct button, usually by stepping on it, and receives points for accuracy and timing.[1] The best players are perfectly synchronized with the beat. Dance games have been popular over time in both arcade and home console settings.[2] 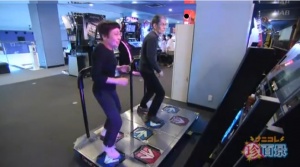 The first dance game, Dance Aerobics, was released in Japan 1987, and was played on the NES power pad, a predecessor of today’s more advanced dance game sensors. As Ian Bogost explains in his article on exergaming[4] , the power pad was used as a measurement tool of the player’s progress; they would attempt to mimic the instructor character onscreen, and each mistake would cost them “mistake credits”. Bogost points out that the input device is not much different then the one used in dance gaming today, but that the primary limitation of Dance Aerobics was the quality of the graphics.

Following the release of Dance Aerobics, there was a long pause in the development of dance games, until Dance Dance Revolution exploded onto the scene in 1998. “For game developers, fans and promoters, the ‘revolution’ in ‘Dance Dance Revolution’ is its combination of dance, physical exercise, music, and sophisticated graphics technology, united for the first time in a video game'. [5] Dance Dance Revolution became popular first as a coin-op, before becoming available as a home console. The arcade coin-op machines sold for $15,500, making one of the most expensive arcade games to buy at that time, but demand was high in the United States.[6]

The widespread success of Dance Dance Revolution led to numerous imitators. Perhaps the most interesting innovation in the genre since the release of DDR was the advent of the Kinect, and the release of Dance Central on that console. New players may be quite shocked to realize that to play the game, no controller or pad is necessary; all they need to do is dance in front of the Kinect. 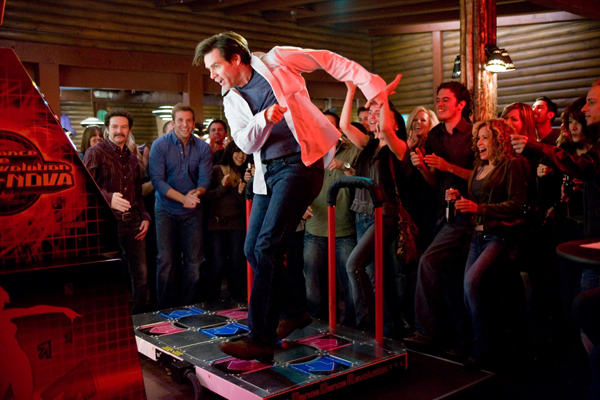 Three Important Games From the Genre

As mentioned in the above history section, Dance Aerobics was the first dance game. In the game, the player attempts to mimic the motions of the trainer on the screen. The game was specifically targeted and marketed towards women, and most of the characters are women.[8]

The release of Dance, Dance Revolution in 1998 signaled the rise of dance games as a popular genre. The game was released by Konami in 1998, and by 1999 had spread to the United States and Europe.[9] In 2004, 6 years after the release of Dance Dance Revolution, over 6 million copies of the game had been sold worldwide.[10] Today, the game is affectionately known by fans as DDR, and remains popular in both arcades and home console settings.

In Dance Central, the player dances in front of the Xbox Kinect, following a series of flashcards, and is graded on how accurately their dance moves reflect the ones on screen. The game has received critical acclaim for its dance battle mode, and is a perfect game for parties.[11]

Dance games are an important part of the discussion surrounding the effect of video games on our larger culture. Among other claims, critics of gaming are often heard proclaiming the negative effect of video games on health, since most games are quite passive. Dance games refute this claim, as they are both physically active and just as fun to play as other video games. One researcher who examined the effect of DDR on elderly players says, “In summary, interactive video dance games have a potential role in activity promotion in healthy older adults. Such strategies may broaden the array of strategies available to increase participation rates in this high priority population.”'[12] The popularity of DDR lead to a rise in the popularity of exergaming: DDR has been used in schools as a way to encourage students to exercise.[13] 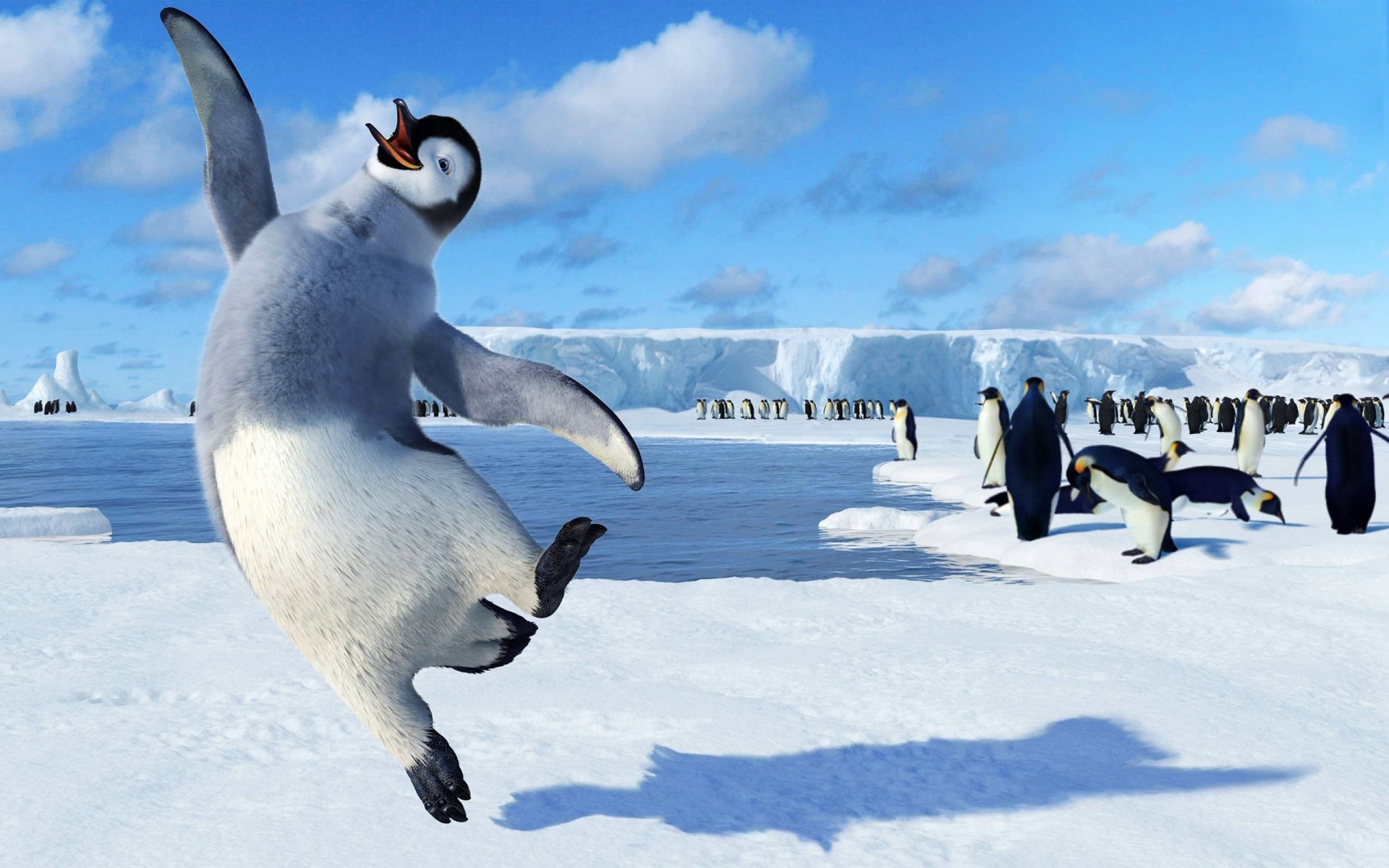