An Indie Game or Independent Video Game (if you aren't into slang abbreviations) are video games created and distributed by small game development teams or individuals separate from an large scale video game publisher. Indie Games are often characterized by small development teams and low budgets. Games that categorize themselves as Indie range in quality, game-style, aesthetics and success.

Unlike many other genres, there are no specific requirements, play styles or story-lines essential to classifying a game as an Indie Game. While many do share similar characteristics, the only requirement for being classified as an Indie Game is an independent development structure. This line can however, be blurred. Take for example, the popular Indie Game, "Super Meat Boy," which was developed my a small team of two but worked closely with Microsoft to launch the game exclusively on Xbox Live.

Indie Games are often able to exist outside of traditional genre norms and often rely on innovative gameplay or story elements in order to separate them from the masses. Many, but certainly not all, Indie Game titles incorporate a retro aesthetic and are designed as platformers. This may be a marketing device to create nostalgia, but could also be attributed to development costs. It is much easier for a small development team to create a 2d platformer than a high-end 3d First-Person Shooter.

Indie Games are a relatively new 'definitive' genre. While technically, independently developed games have been created since game development began, Indie game: The Movie states that 2008 was when the genre finally took off[1]. In 2012, the independently funded documentary Indie Game: The Movie was produced that followed the development of several Indie Games and arguably brought the Indie Game movement much closer to mainstream gaming culture.

What constitutes an Indie Game is often a measure of scale. Modern AAA titles often have over 100 specialized experts developing various components the game. However, the 1989 game "Sim CIty" had only 20 contributors [2]. By today's standards, "Sim City" could be classified as an Indie Game, while it was not in 1989. People also often debate if success negates a games 'Indie-ness.' Does signing with a publishing/distributing game company after your game has been developed mean the game can no longer be classified as Indie?

The explosion of Indie Games in recent years is due largely in part to the growth of online and mobile gaming. With more consumers flocking to 'casual' games and the ability for other gamers to access games from their laptop, console or mobile device means the market is constantly growing. Large development companies are not able to keep up with the demand for games giving Indie developers plenty of market share for their own titles. Unlike large development companies, Indie developers are not often boxed into creating sequals of already existing games, but are able to innovate creating new and exciting games.

Without the financial backing of a large game publisher, many Indie Games rely on crowd funding in order to support the process of creating their game. This could mean going to sites like Kickstarter or Indiegogo, or asking for donations alongside previously released titles.

This can often be a major positive for Indie Games -- because they are smaller scale, require less funding, and are often funded prior to creation: indie games can do things that big developers cannot. They do not have the pressure to simply expand upon an already successful title. Indie game developers can think outside the box, try something new that will net them a big win.

In many cases, indie game developers need to think outside the box. In a day and age when mobile gaming floods the marketplace it is difficult to get your game seen without the backing and advertising support of a AAA development company. Many development teams try to figure out a way to make their game unique -- sometimes these elements turn out to be simple gimmicks that don't add much to the experience, but every so often a game like Fez or Braid will appear that flip normal gaming conventions on its head. 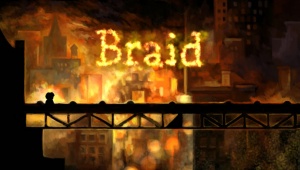 Braid is a platformer and puzzle game, known for its unique graphic style and creative use of time. The player must manipulate the flow of time to solve puzzles throughout each level. As the levels increase in difficulty, time behaves differently. A player must master all types of time variation in order to reach the end of the game. Braid, created in 2008, received substantial critical acclaim, including winning IGN's award for best puzzle game [3].
Braid was developed by Number None, Inc. The game was released on August 6, 2008 for the Xbox 360's Xbox Live Arcade service. A Microsoft Windows version was released on April 10, 2009. Hothead Games ported and released the game to Mac OS X on May 20, 2009 and the PlayStation Network on November 12, 2009. A Linux port, created by Ryan C. Gordon, was released December 14, 2010 as part of the second Humble Indie Bundle. 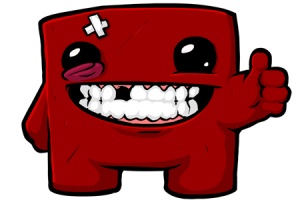 Super Meat Boy is a platformer created by the two-man "Team Meat." Designer, Edmund McMillen, and Programer, Tommy Refenes, worked for over a year to create a hyper-difficult run and jump platformer based on the simple story of a boy made of meat trying to rescue his girlfriend who is made of bandaids from a merciless Dr. Fetus. One of the most fun elements of the game occurs after completion of a level, the player is able to watch all of their former tries at beating the level jump and die across the screen. Super Meat Boy received critical acclaim, including the award for most challenging game and readers choice from IGN in 2010 [4].
Super Meat Boy is the successor to McMillen and Jonathan McEntee's October 2008 Flash game Meat Boy. Super Meat Boy was released on the Xbox 360 through Xbox Live Arcade in October 2010, on Windows PCs in November 2010, on Mac OS X a year later in November 2011, and on Linux in December 2011 as a part of the Humble Indie Bundle #4 and in May 2012 as a part of the Humble Indie Bundle V. 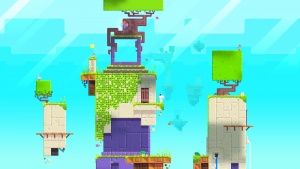 Released in 2012 by the Polytron Corporation, Fez is a 2d puzzle platformer with a twist. The player plays as Gomez, a 2d character who believes he is living in a 2d world, until he receives a Fez. Suddenly the 2d platformer exists in a 3d world. The player is able to use this unique mechanic to explore the world and discover treasure. The world is extremely open, with little consequence for failure. There are no bosses, conflict or fighting, the players job is simply to explore and discover. 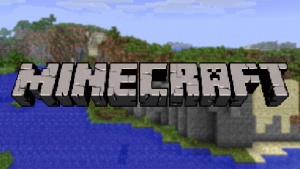 Minecraft is a sandbox game that allows player to completely imagine and create their own worlds. Initially the gameplay was based heavily on building structures to protect individual players from noctunal monsters that roam throughout the world. However as the game's popularity grew, people teamed together, creating servers full of beautiful creations. Offering several gameplay modes, within Minecraft, players can battle beasts, create intricate buildings, adventure in other worlds, practice basic circuitry or explore the expansive blocky landscape.
Minecraft was originally created by Swedish programmer Markus "Notch" Persson and later developed and published by Mojang. It was publicly released for the PC on May 17, 2009, as a developmental alpha version and, after gradual updates, was published as a full release version on November 18, 2011. A version for Android was released a month earlier on October 7, and an iOS version was released on November 17, 2011. On May 9, 2012, the game was released on Xbox 360 as an Xbox Live Arcade game, co-developed by 4J Studios. All versions of Minecraft receive periodic updates.

A much watch if you are interested in exploring deeper into the Indie Game world or just looking for some fun titles to play.