From FYSE 1396: Digital Media Literacy
Jump to navigationJump to search 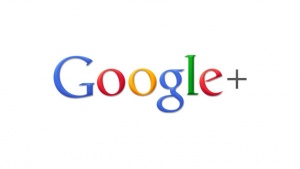 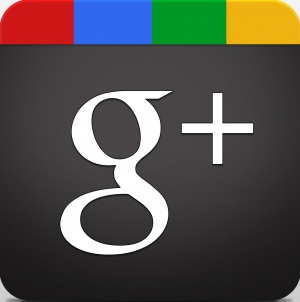 Google+ (commonly referred to as "Google Plus") is a new, major social networking site operated by Google Inc. created to challenge the field which several SNSs were already dominating, such as Facebook, MySpace and Twitter, as the bigger names (although at this point, MySpace began its falling out as one of the big names in social circles).

Although it was entering the field as a potential David in the fight against the big Goliaths, it was quite obvious that Google has the power to challenge, even as a new-comer in the social networking circles, because of its actual size and dominance in the internet space.

Initially, Google+ had a 'testing-phase', where people were allowed to join only by invitation, and this period showed Google Inc. that demand for invites was greater than what they could handle and each member received 150 invitations to give out in turn.[1] Whether it was also considered a great marketing technique (needing an invitation to join a place, whether online or in real life has always been a status of its own - more competitiveness meant more challenge - and people loved being part of something big, but exclusive), the invitation to be part of Google+ might have been the only marketing campaign they really needed to continue with this project. People kept questioning whether Google+ represented a challenge to the biggest player in the game - Facebook[2], or if it was supposed to be seen as another service of Google (thus, the '+' as some presumed). When representatives of Google+ were approached regarding this issue, the answer was that Google+ was bringing people's social relationships closer to real-life than other SNSs.[3]

As I mentioned previously, Google+ had a pre-made advantage on the market because it was a product of Google Inc. the biggest internet-related multinational corporation in the World, holding place number 1 on the most-visited sites in the world (as shown on Alexa).[4] The invitations and the already secure representative vouching behind its product was enough for the public to board the ship of a new social networking site. Skepticism was still apparent from many,even though that seems to not have a big effect on outcumes - Google+ currently boasts a number of 359 million users and a spot right behind Facebook on the SNS popularity scale.[5] It is worth mentioning that the brand behind the product was not necessarily the case for its success, since it was Google's fourth attempt in the social networking space, with two of the projects currently retired (Google Buzz and Google Friend Connect), and the third one is left to be operated in Brazil with its predominant users being from Brazil and India (Orkut).[6]

One of the advantages Google was boasting about its product and its "closeness" to real-life connections was its main option:

These, and many more features, such as "Games", "Sparks" and "Messenger" act as a creative way to bring an online community closer to each other, that the only factor of defining it officially as a social community is the lack of temporal and physical presence.[7]

An interesting factor regarding Google+, from a personal opinion, is the complexity of the way these features are combined together. Google's search engine - something internet-illiterate people might consider The Internet itself, won over its audience because of its overly simplistic design (the logo and search bar in the middle), and although Google Inc. tried to make Google+ seem as a winner when it came to simplicity, it showed up as a bunch of features thrown together without even looking organized. This might have lead to a general opinion that Google+ is complex, so users favored using the already familiar space of Facebook as one of their main ways to interact with others. Google+ suddenly became too complicated for ordinary users and a haven for those who were at a technological advantage. That was thought to be the "audience" limit by some, which later showed to be a superficial assessment and people actually started using Google+ on a daily basis.

Google+ showed some extreme outreach to become a social networking site that would be defined as "as close to real-life as possible". In the beginning, Google+ made it mandatory for people to use their real names and began deleting private profiles, since one of its main goals was to challenge Facebook and the other social networking sites so that they actually brought people together instead of their online identities. This is also the case with Google+ currently, but in a much less strict way. [8][9] This though, seemed to battle one of the main problematic characteristics of SNSs - the issue of user identity. On many websites, identity could be reformed, created, and deleted, and one could start over again. As a result of forcing users to use their real name, Google+ provides a trusting social profile that can be easily found by friends. The ability to add photos makes the Google+ profile seem like one's life in an online album or scrapbook. This fired-up critiques, but later on Google+ used less severe actions and surveillance, to their possible dismay. It was clear that Google+ was trying to assert dominance in the social networking space as a site that stands by its word, as well as trying to be different than other leading social network sites. A fact that might be overlooked is the reason other social networking sites do not use such measures is that it would normally drive users away from using the social networking site in question, and holding onto users and using the numbers of them as a group is still one of the most important contributions to social networking sites.

Google+ has not been accepted as rapidly as Google would have hoped. In the beginning, as previously mentioned, Google created the "exclusive" nature and (possibly) unknowingly attracted a mass of people, IT professionals, fans, even regulars, who took the opportunity and were among the first to snatch an invite in hopes to be part of something new, which would hopefully outnumber Facebook's user base. After getting a glimpse of possible success, Google pushed even further, and faster. Google+ was not about something new and unique, or simple to use, giving the opportunity to people to actually categorize their statuses, news feeds and their connections on top of all else anymore. It started to compare to a thin, fragile image of its mother - Google. Google already had a huge number of users because of their search engine and their email service, and after the "exclusiveness" that created the appeal and first impression, Google pushed it to everyone that used their services. Suddenly, every Gmail user had a profile all ready for them, with a need for small editing, such as photos and reaching people. People started disliking this idea, but were not openly declining it. A blow to come started with the merge of Google+ with YouTube comments. YouTube is the biggest video sharing website online, with a paring audience as Google Search and Facebook (even before it was bought by Google [10]) and this move was regarded as pushy by most of the users of the video sharing website. The most-criticized part of this sudden merge was the fact that users now had to have a Google+ account in order to be able to comment on the videos. This not only infuriated some YouTube users, it also inspired one of the original founders of YouTube to disagree with the ridiculous nature of Google's insistence to use its social networking site. [11] A move like the merge certainly brought more users to the site, and certainly not at their own willingness or joy. Something close to our discussions in class is apparent on Google+ as well - the gender disparity, although with a lower ratio than in its beginning. According to statistics, Google+'s user base is comprised of roughly 60% males, 25% females, and the rest as 'unknown'. [12] A similar situation was observed on Wikipedia and its user base. The dominant numbers of male users here could imply, as previously mentioned, that the main (interested) audience on this particular social site were the interested and enthusiastic IT people, new-techonolgy and site fans, a user-base full of followers, and mostly comprised of men.

A main setback for Google+ is that it finds its roots in such an established brand, it can be argued that it lacks the innovation and passion that Facebook showed in its beginning. Although Google+ keeps its minimalist design, cheerful Google colors and the addition of categorization, it offers nothing new to users who might not be looking for something they can already find on other similar social sites, but are still being pushed towards its use.