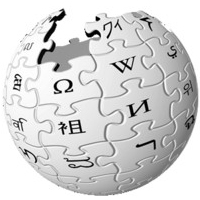 A wiki is a collection of information brought forth and organized by its users into a number of pages. Content varies from the formal to the informal, but is usually tied to a central theme. A wiki can come in many different forms depending on how much information people know about the topic. For example, with the recent government shutdown, there are thousands of people who have opinions on this topic and would like to contribute to this page. The page has 135 references and goes into depth on how the shutdown will affect all different federal government operations. In contrast to this very popular topic, when visiting the wiki page for my high school, there was one paragraph where only a few users made contributions. This shows how wikis contain a range of knowledge and you may learn a lot on one page, while hardly learning anything on another.

Developer Ward Cunningham created the software in the early 1990’s in order “to facilitate discussions among programmers.” Little did Cunningham know how popular the software would become. In 2001, the wiki software escaped the programming industry where it had been primarily based. The site Nupedia, whose goal was to create an online encyclopedia, enlisted the help of a wiki to gather information for the encyclopedia. This site was called Wikipedia. Wikipedia became wildly popular. Mittell deemed it “the prototype for the widespread use of wikis across a range of sites.”[2]

The environment of a wiki has a lot to do with how the wiki is used. If it is a fan wiki then the environment can be very social and interactive, containing group chats and sharing information that everyone on the page is interested in. In addition to the article, there is a talk tab where you can converse with other users about the topic at hand. The environment of a normal wikipedia page is usually not as social, considering the only people communicating with each other are the editors, but there is a sense of identity associated with wikis.

Wiki users identify with the wiki that they edit. Though identity is not formed in the way it is on social media websites, wiki editors can create a certain personal profile based on their participation on the site. Wikipedia editors have experience with the Wikipedia and know how to back up what they say. Likewise, wiki editors of any site feel a sense of resonation with the topic to be able to add or change the content of the wiki. In this way, a sense of identity is created. Wiki users of a specific wiki can form norms of language, usage, and overall literacy that create a sense of community. With the interactivity of its editing properties, users can search each others participation and establish collaborative relationships. The relative anonymity on Wikipedia and other wikis is a very important aspect because it leads to the train of thought that a good page is not based on how well known or brilliant the author is, but rather simply by its own merit.[3]

On a Wikipedia page, the interactivity between audience and collective authors is not conversational. The audience enters Wikipedia pages and are faced with a stagnant page. Because of Wikipedia’s openness and free access to the public, the public has the chance to engage with the same content that they are reading. There are also limitations when it comes to the conversations that editors can have. All topics discussed on Wikipedia must be in relation to a Wikipedia page editation. Whether that be wanting to inquire why a post was deleted, or simply trying to understand why someone edited a previous comment. Anything not related to a strictly Wikipedia based discussion will be deleted from the “Talk” space on the site. Due to these restrictions, conversations are highly limited.

The gender gap on Wikipedia is a huge issue of debate. The large majority of top editors are male, leading many to believe that sexism has entered the digital wiki world. Though there arguably exists sexism in some aspects of Wikipedia, it is certainly not a place where sexism is most prevalent. Ideally, sexism would not exist anywhere in our society, but since it is still a part of our culture, our activism must be prioritized. In other words, we should aim to improve gender conditions by first humanizing areas of life that are most prone to sexism like the workplace. In a time when women ultimately face a trade off between building a family and establishing a career, the workplace is in dire need of gender role improvement.[4] Sexism on Wikipedia is a terrible and unjust phenomenon, but it is not the worst or most groundbreaking case of gender inequality that our society faces.