Grabbing can be used in object mode or edit mode. Object mode grabbing is best used to position separate objects in relation to each other. Grabbing in edit mode can be used to deform object through moving vertices. Grabbing is hence one of the primary ways of deforming vertices to create more complex objects out of primitive objects. It is important to realize that grabbing individual vertices does not break the relationship between the selected vertex and the other vertices of an object. Hence when the user grabs a vertex it will deform the mesh in relation to the other vertices. 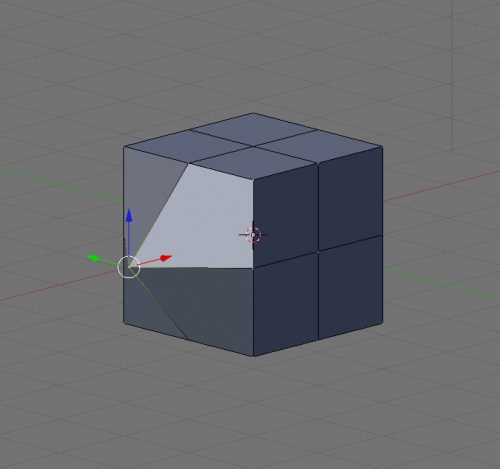