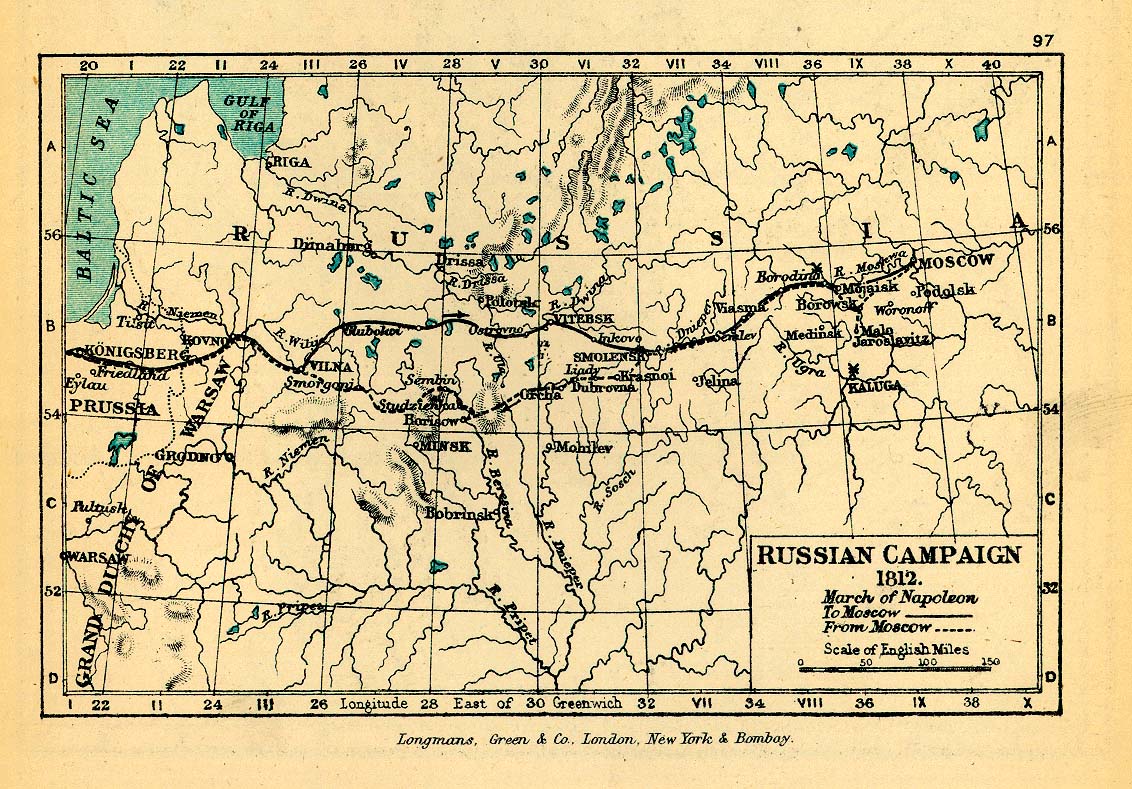 In 1812, a large army led by Emperor Napoleon of France invaded Russia, an event known in Russian as Отечественная Война, the Patriotic War. Napoleon's Empire, at the height of his power, could not be rivaled by any state in Europe. The invasion, however, failed. More than 200,000 soldiers were taken prisoner, and another 300,000 died due to starvation, typhus, and suicide. The Russian victory shattered Napoleon's hopes for European dominance, and greatly contributed to Russian patriotism and efforts at modernization in the 19th century.

The invasion played a great role in 19th century Russian culture. War and Peace is set against the events of the war, Fathers and Sons features veterans of the invasion as principal characters, and one of the best-known pieces of Russian classical music, Tchaikovsky's “1812 Overture,” is named after the event.