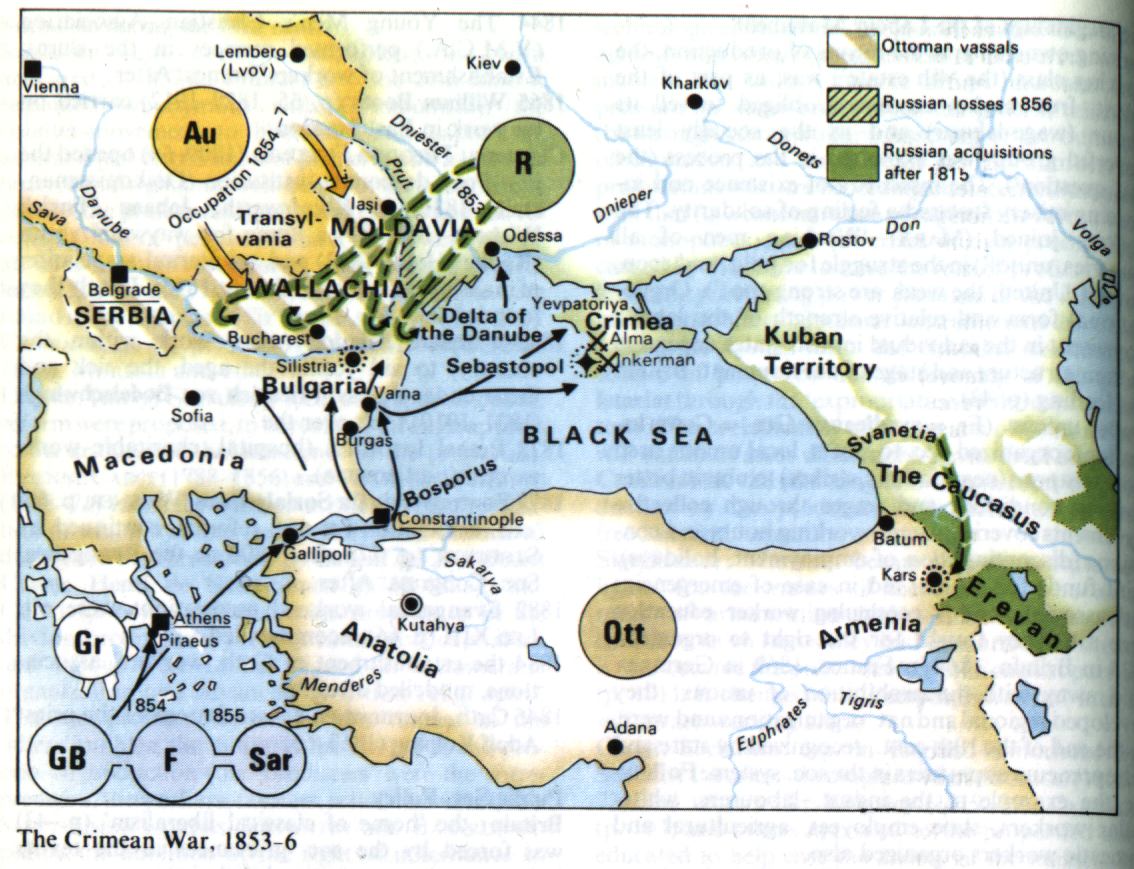 Known in Russian as Восточная Война, the Eastern War, this conflict was fought between Russia, and a coalition of France, Britain, and the Ottoman Empire. The Great Powers of Europe were fighting over pieces of the declining Ottoman state, using new technologies such as rail, telegraphs, and modern field nurses for the first time.

Several Russian losses in the war led the new tsar, Alexander II, to begin contemplating the emancipation of the serfs, seeing how armies of free men using modern technologies (France and Britain,) defeated armies of serfs from an agricultural country (Russia).