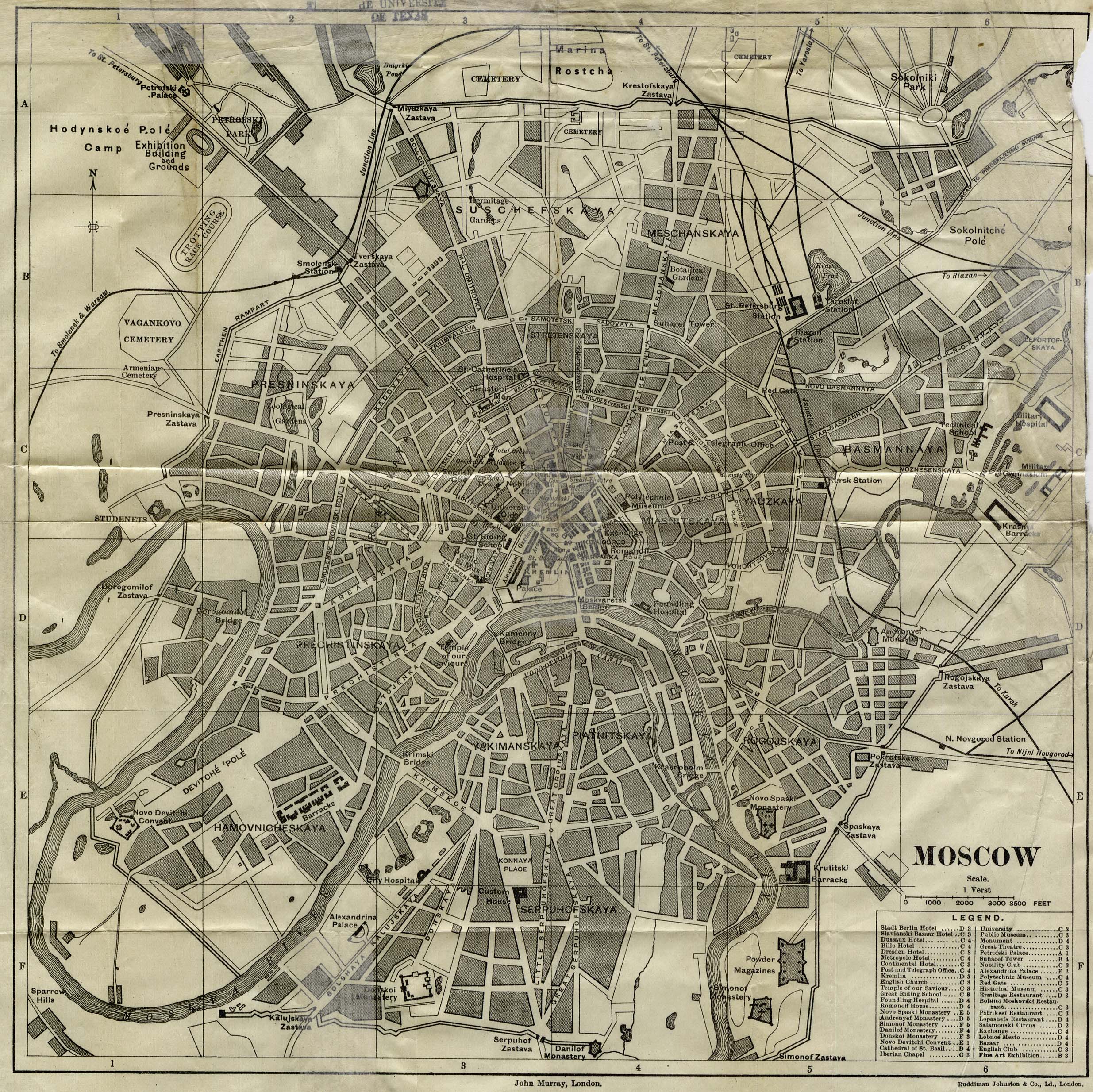 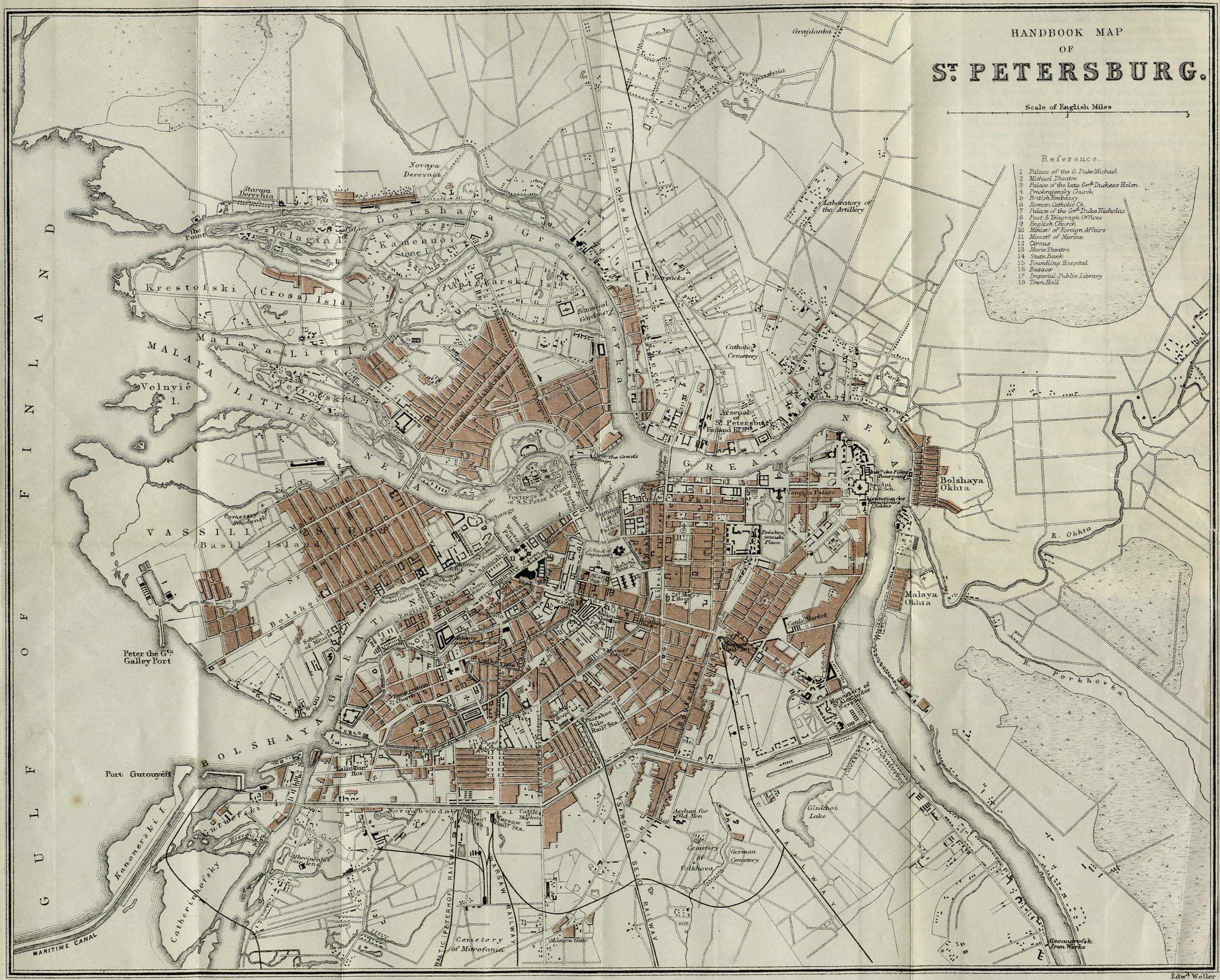 These are maps of Russia's “two capitals,” Moscow and Saint Petersburg. The rivalry between these two cities is evident in much of Russian art and political discourse. Muscovites see Petersburgers as effete snobs who unnecessarily philosophize, while Petersburgers think of Moscow as an overgrown, dirty city filled with uncultured savages. Most Russian writers of the 19th century favored one city over another. Tolstoy was a Moscow partisan, while Gogol and Dostoevsky favored the northern capital.