In 1800 poor, rural Russians were serfs, bound in perpetuity to the land on which they worked. Serfs were kept from being outright slaves by the fact that the Russian state did have some authority over serfs whose labor was owned by the landowners: they were, unlike slaves, subjects of the state. The world of serfs and the world of the upper, educated, land-owning class were strictly separated and for the most part mutually incomprehensible. From the year 1600-1930, peasants made up 80-90% of the Russian population.[1]

Karamzin's Poor Liza and Radishchev's Journey from St. Petersburg to Moscow demonstrate interest in the peasant, especially the peasant woman, as a legitimate human being, but generally as a vessel of the ideals of the land-owning class. In the words of Cathy Frierson, "the ability to love, coupled with rural purity, made them worthy symbols of the sentimental ideal."<ref>Cathy Frierson, Peasant Icons (Oxford: Oxford University Press, 1993), 21.

This page is supposed to have a picture, but for some reason I can't get it to show up. 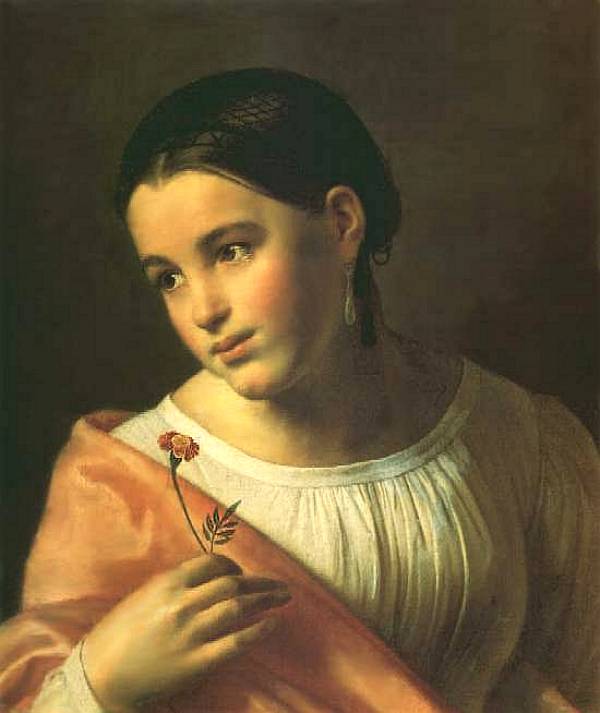