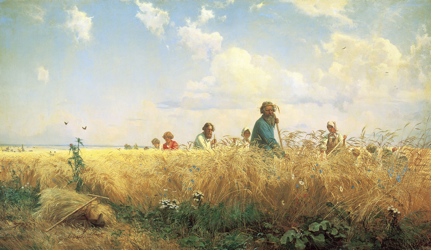 Serfs were typically required to serve two or three days a week of unpaid labor to the landowner, though owners could pretty much require whatever they wanted of them, despite governmental efforts. Many serfs were encouraged to find employment off the estate, as servants in town or even as workers in factories. Some landowners, such as Evgenii Onegin in Pushkin’s poem, required an annual fee rather than lays of unpaid labor. (Ronald Hingley, Russian Writers and Society in the Nineteenth Century (London: Weidenfeld and Nelson, 1967) 79-80.)