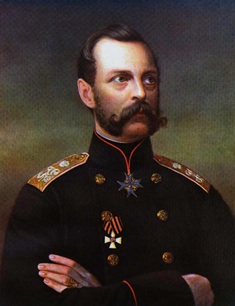 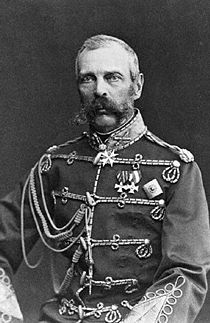 Alexander was the eldest son of Tsar Nicholas I. More than any of the other Tsars before him, Alexander was given a worldly and liberal education, filled with extensive tours of both Russia and Europe. As the first member of the royal family ever to travel to Siberia, Alexander saw the terrible poverty that mired the majority of the Russian peasants, and it greatly affected his actions as Tsar. Upon taking the thrown, Alexander's first task was to end the Crimean War, which his father had begun. At first he continued the fight, but after a few defeats and pressure from his people, Alexander sued for peace and accepted his losses. With the war over he turned to policy, easing his father's military clamp. Censorship, military services, and foreign travel laws were all relaxed. Most importantly, Alexander finally abolished serfdom in 1861. He also helped to develop extensive railways, tried to eliminate economic corruption, and supported a system of local government in the towns (dumas) and provinces (zemstvos). In 1877, he conducted a successful invasion of the Ottoman Empire and made significant gains. But, for all of his successes, Alexander was largely disliked by his people. The conservative nobility was disappointed in him because he had taken so much of their power away by freeing the serfs and creating local governments that everyone could participate in. Furthermore, the liberals and the peasants were also disappointed in the Tsar; they felt that he had not gone far enough in providing the rights that they needed. Lambasted by both sides, Alexander began to receive death threats, and he was successfully killed on March 1, 1881 by a bomb that was thrown at his feet during a sunday parade in St. Petersburg.