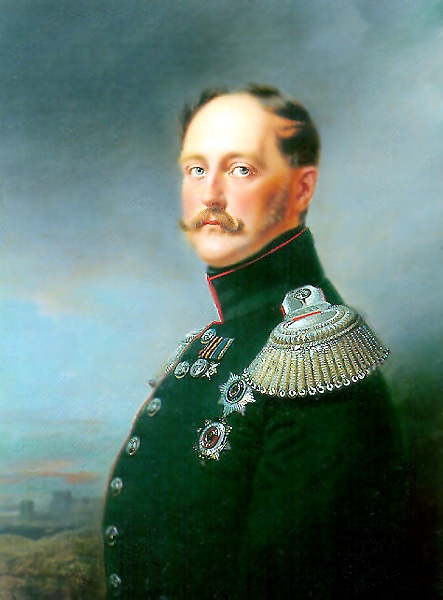 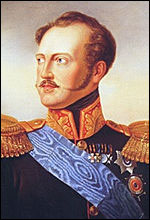 After Alexander I and Constantine, Nicholas was the third son of Tsar Paul. Because Alexander had no children of his own, the title of Tsar should have gone to the next eldest brother Constantine. But Constantine was not interested in the crown, and so it was passed on to Nicholas. Due to poor communication, many thought that Nicholas had usurped the thrown from his brother, setting off the Decembrist Rebellion. While the revolt was effectively put down, its legacy lingered in the Tsar's mind for his entire reign. His harshly reactionary policy turned Russia into a virtual army barracks. The Decembrist Rebellion, combined with a slew of uprisings in western Europe, caused Nicholas to have deep fear of the intelligentsia; he cut down significantly on education to thwart their growth and influence. Nicholas kept an uneasy peace with the nobility; they did not approve of his actions towards increasing his own absolutism, but in return he did not press the issue of freeing the serfs. The end of Nicholas's reign was marked by the Crimean War with the declining Ottoman Empire, begun in 1853. Afraid that Nicholas would become too powerful if he conquered the Ottomans, the French, British, and Sardinians quickly allied with the Ottomans and effectively began to push back the Russian advance. Before the war was over, but having already suffered a number of key losses, Nicholas died, on March 2, 1855.